Charity fundraising with a skydive

The reason for participating in the skydive was to help raise money for the Stroke Association which is the charity that provided Kerry with much needed support after her father suffered a recent stroke.

The Stroke Association helps to rebuild people’s lives. They believe everyone that is affected by stroke deserves the chance to live the best life they can.

Rebuilding lives after stroke is a team effort. It takes the determination of Stroke survivors and carers, the generosity of supporters and the dedication of the healthcare and research communities to get there.

“I completed the skydive because I wanted to think of the best way to raise money. The Stroke Association have shown me so much support. They helped me ever since my dad suffered a stroke back in March this year. I wanted to give something back to them through charity fundraising, to raise greater awareness and help others the best way I could. What better reason to jump out of a moving aircraft?”.

The skydive took place on 4th August 2019 and involved Kerry harnessing her fear by jumping out of a plane from 10,000 feet to freefall for 30 seconds at 125mph. A fantastic achievement for a great cause. 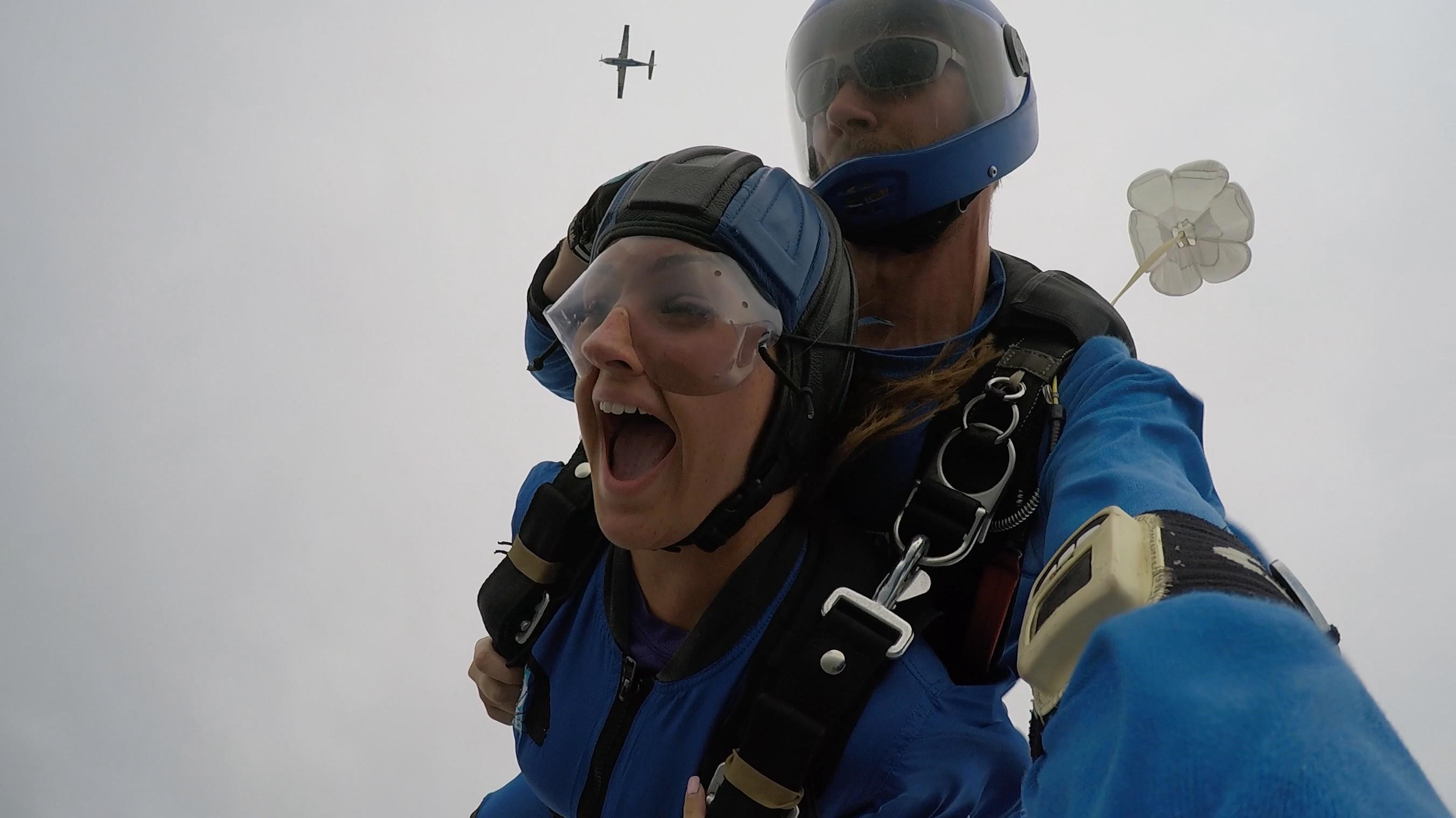 Over 2000 people a year like Kerry choose to tandem skydive in aid of charity with GoSkydive who work with 100’s of charities across the UK.