Christmas charity fundraising to give back

Christmas is a time for celebration for most people and team members from Clarity Software and Flags Software wanted to give a little back and do as much as possible towards helping the less fortunate. Staff decided to select two different local charities that are helping to make a difference, these are ‘Let’s Feed Brum’ and ‘Birmingham Children’s Hospital’.

Birmingham’s homeless community is the second largest in the UK, with 1,152 registered cases. That is not including the many homeless that are not even on the radar. This is quite a worrying trend to say the least.

To help raise money for the homeless, team members organised a lunchtime buffet at their headquarters in Solihull where staff donated money to take part. Money raised from the event will be forwarded to ‘Let’s Feed Brum’ charity so that a homeless person may have food over the Christmas period and not go hungry.

In addition to this, instead of having secret Santa this year, staff decided to buy and donate gifts for unwell children that will be having treatment at Birmingham’s Children Hospital over Christmas.

“All employees have donated so generously to both causes, which is great to see. Homelessness in Birmingham is such an issue and anything we can do as individuals and as a company to help the less fortunate is so greatly appreciated”. 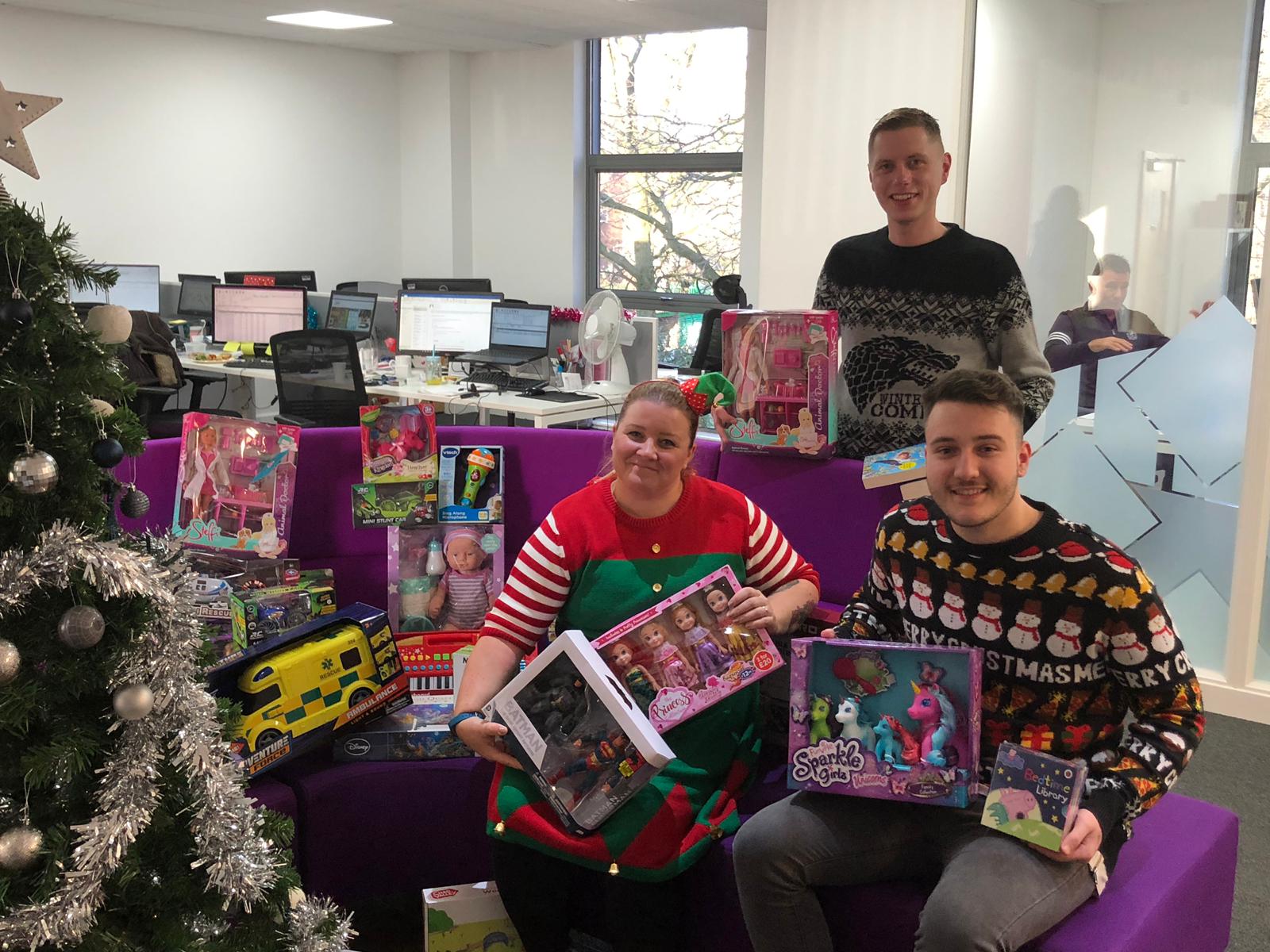 Staff getting ready to pack Christmas presents to be donated to Birmingham Children’s Hospital. At total of £263 was also raised for ‘Let’s Feed Brum’ a local charity that supports homeless people across the city. Well done to everyone that took part.