Tae Kwon-Do Association of Great Britain (TAGB) host world, international, national and regional tournaments throughout the year. The tournaments often comprise of some of the best Tae Kwon-Do martial arts you can see in the United Kingdom.

Competitors get the chance to test their skills against different opponents. Each tournament has categories to suit a range of Tae Kwon-Do practitioners based on their skills. These often include point stop sparring, team sparring, demonstrations, presentations and patterns among others.

Tae Kwon-Do is a Korean martial art that mainly comprises of head-height kicks, jumping and spinning kicks. It is a fast and dynamic style that is widely practiced. The sport now has over 60 million practitioners in 184 countries.

Matt Lennard who is the business development manager for Clarity Software is also an experienced Tae Kwon-Do practitioner and instructor. He recently entered the TAGB British Championships that were held at the Birmingham Arena and managed to progress to the semi-final stages.

“After a ten year break from the national competition circuit, I thought there would be no better event to get back into than at the British Championships held at the Birmingham Arena.

I was easily ten years older (obviously aged like a fine wine) than the rest of the competitors in the division which was the black belt men’s middleweight 76KG class.

During the first fight I could feel some ring rust, but after the second round, the nerves and hesitation disappeared and I found my old confidence coming back.

It was a knockout style tournament which means you have to keep winning to advance through the rounds.

I lost a tough fight in the semi-finals against the current UK squad member. A result that I was honestly more than happy with.

My main point of consideration now is do I continue and build on this success or do I go back into retirement and dad mode”. 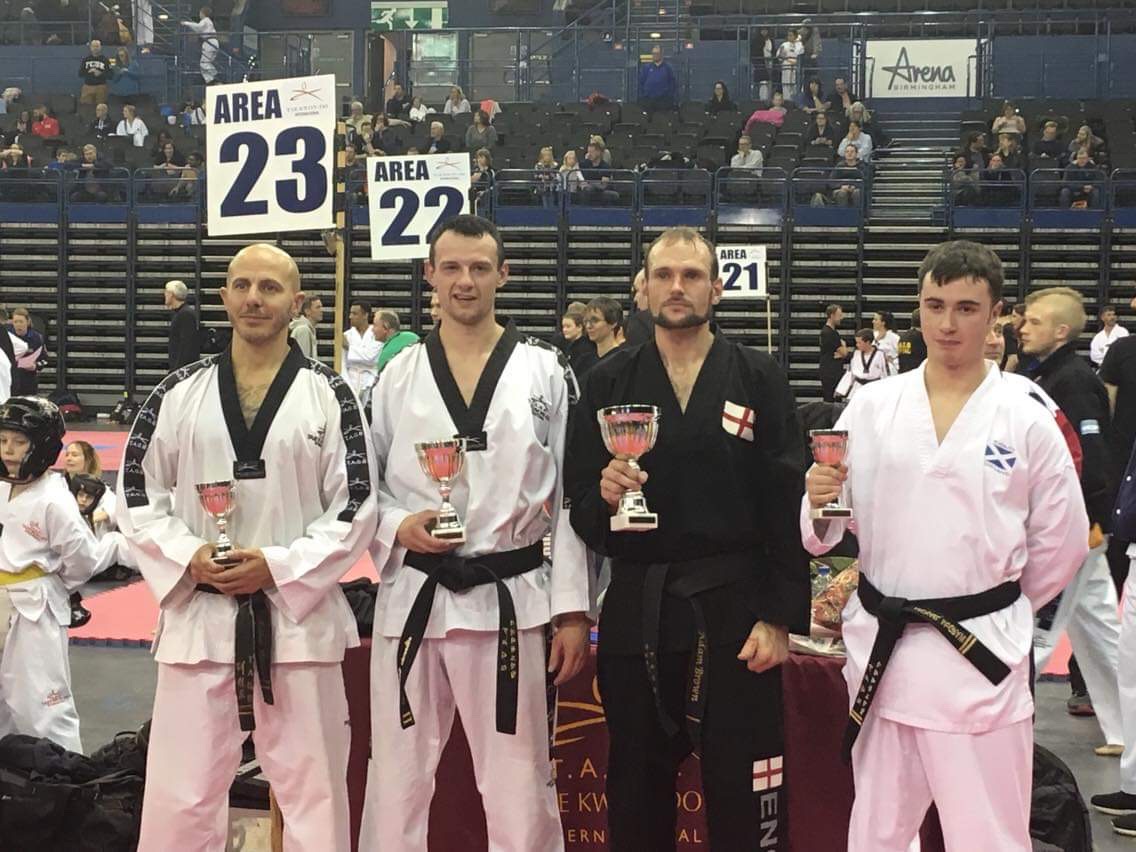 Matt Lennard from Clarity Software (pictured first left) enjoying success at the TAGB tournament that was recently held at the Birmingham Arena after reaching the semi-final stages after a two year hiatus.